WHY I POOED MY PANTS

This is a slightly amended version of the post on my first blog, in which I wrote in detail for the first time about my childhood soiling.

My toilet troubles began at an early age.  Potty training was a slow process for me and I didn't come out of nappies until I was three and a half years old.  But though I was ‘dry’, I was still not completely ‘clean’ and often messed my pants.  This occurred between the ages of 3 and 11, although it was worst up to the age of 7.  It happened because I often avoided going to the toilet when I felt the need to poo.  Instead I would clench my bottom and breath inwards and wait for the need to pass.  If I felt the urge again I would repeat the process. I freely admit that withholding began as an act of laziness on my part, not wanting to stop playing in order to attend to my bodily needs, but it was never an act of naughtiness.  I didn't deliberately go in my pants, but I would soil myself sometime later because of my failure to use the toilet earlier. I never felt myself actually pooing, I just became aware later that my pants were messy.

It was a long time before I made the connection between avoiding using the toilet and having dirty pants, because the need to poo seemed to go away when I ignored it, making me believe that I had made my poo disappear.  This was different to the feeling of a full bladder which, if I did not go to the toilet straight away, would gradually get stronger until eventually I wet my pants, something which I never did after my toddler years.  Because of the time lapse between avoiding using the bathroom and soiling myself, I really don’t think I made the connection between the two events for a quite a while.

For a long time I had wanted to stop soiling myself but didn’t know how to do it. Once I had made the connection I then made more of an effort to start using the toilet when I knew I needed to poo. It wasn’t easy as avoiding going to the toilet had become quite a habit, and there were times when I still did it. However, before my 8th birthday I was mostly clean, other than on trips as I disliked using public toilets for bowel movements.  My very last accident occurred on holiday at the age of 11.  By that stage I had suffered the embarrassment of being messy and smelly, and gone through the humiliation of being changed by my mother, more times than I would wish to remember.  I had put my parents through a lot of worry and heartache, not to mention some horrible laundry and clean-ups, and I had been shouted at and told off on numerous occasions.  But at least the nightmare was over and I could forget about this awful chapter of my childhood.


I thought at the time, and for a long time afterwards, that I was the only child in the world who dirtied his pants.  But I was later to discover that this was not the case...

To read about soiling from the point of view of a girl sufferer, take a look at this blog post from Dimity Telfer: The Story of My Life
Posted by James Parkin at 13:42 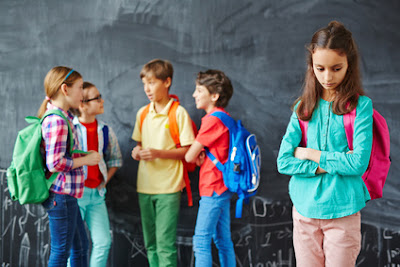